daib0 wrote:Reading this again, perhaps some are slightly missing the point.

Would you abandon the real Olympics for a robot version just because they can throw further, run faster etc? Or a robot instead of Lang Lang or Yehudi Menuhin because it can play faster/louder etc?

Would you then argue the robot should be paid the same as a human competitor/musician?

It's illogical to argue for gender equality in sport despite the obvious inequality in gender you've already acknowledged and discriminated against by having male and female events. You talk about biological limitations, but that varies from individual to individual regardless of sex. Not every man has the natural potential to play tennis like Djokovic, not every woman like Williams.

You may choose to reward men's and women's competitions the same for commercial or other reasons, but it's nonsense to do it for sexual equality because sport isn't about equality.
Top


I for one, certainly like watching the USA women more than the men.. 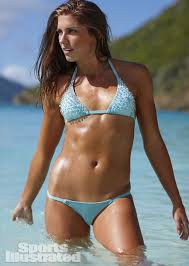 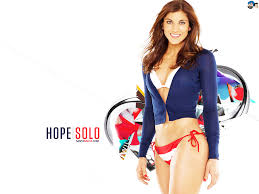 Well those two are clearly not bothered about how they bring in the extra money.
Top

Hope Solo is a perfect example of how men and women aren't treated equally in sport; unlike male American sportsmen involved in domestic violence charges, she wasn't suspended prior to any convictions and wasn't immediately dropped by all her sponsers.....
Top
Post Reply
19 posts