Because you always make it personal? You started your involvement in this with a personal dig, so what do you expect?

The funniest thing is, for climate change and Brexit, you have no intention of giving any credit to reports or scientific predictions or expert evidence on the outcome. On climate change you cite the economic cost as a reason not to listen to those saying that the cost of doing nothing is going to be worse. Yet with this our roles have been reversed. Guess we're both hypocrites, huh?

No, I don't have any research to the contrary to hand. I bet it's out there though, I'm just not inclined to look for it cause I have other things to do. However, as with SARS, as with Swine Flu there were huge predictions of high mortality rates; in the end in the UK had 138 deaths. Again, coronavirus has a higher mortality rate, but not by a huge amount. Swine Flu also seemed to be more infectious and also the at risk groups were much less narrow.

Anyway, like I said before, let's agree to disagree.
Top

What do you mean, my first involvement was personal? I pointed out you'd missed the obvious sarcasm in someone else's comment and you shouldn't have chucked an insult at them. That's not a personal dig, it's about something incorrect and rude that you wrote. I had hoped to prompt an apology to Darth, but instead you put "let's ignore that" or something.

I'm not going to get into past arguments and how you're skewing the opinions I expressed in them once again. As I said, if I feel I have sufficient knowledge on a subject, I'll form my own opinion. I have questions from a statistician's point of view about climate change that are met with insults rather than answers - which leaves me with the sense that people are going along with what they're told rather than actually understanding it. Arguably I'm in the majority on Brexit, although I'm not foolish enough to think everyone would have voted for the same reasons. But I've got enough education in economics to know the way George Osbourne and Mark Carney presented their cases for remaining in the EU was wholly dishonest.

In both cases I can find support for my views, even if there are attempts to discredit the sources by those who oppose them. With Covid-19, the stats make sense, the economy is going to be battered whatever happens. The medical argument I have to take at trust. If you have a hunch they're wrong that's fine, you have a right to your own opinion. You make a good point that other medical scares have not been as severe, but then this one is judged to be worse. However, were they less severe because the predictions were wrong, or because the medical response was correct and reduced fatalities? That applies with Brexit too, the reasons why the predictions were wrong is because they could be predicted and would be mitigated. The arrival of this virus wasn't expected, and that's why it's going to hurt economically.
Top 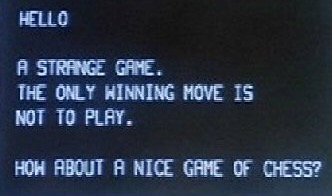 Dack beats Stoke’s Thibaud Verlinden at Fifa to take us through to the next round of the Ultimate Quaran-Team Cup tournament.

Next up: Forest Green.

Highlights could also be made available for fans to relive the action.

One thing that's become clear is that it's pretty easy to do without football (and any other sport for that matter) and it's easy to get used to within a very small time frame. On a wider note this and other things have highlighted how the best paid jobs are often the most irrelevant in life.

With that said: What's the latest on the Championship season? I have always been of the opinion that the seasons (across ALL the leagues) should be cancelled and voided or played out to their full ending - including all relegation and promotion places going ahead as planned. Anything else would simply be unacceptable.

I know that the Premier League are currently 'in discussions' with all manner of things being on the table - including what I would describe as a 'bribe for votes' - i.e. - guaranteeing votes for the neutral venue proposal in return for there being no relegation this season - which is ludicrous from a fan's point of view as it basically makes most of the rest of the fixtures pointless (who wants to pay to watch a series of meaningless friendlies on TV?)

I'm not sure what implications that would have for The Championship either with regards to promotion? We're still in the mix for a play-off place and I'd be pretty pissed off (as would fans of lots of other teams in the big pack chasing the top two) if the play-offs were taken out of the equation.
Top

Lot of potential outcomes are acceptable and all of them are compromises which will hurt one club or another more or less. All have winners and losers. That doesn't make any of them unacceptable unless you have a vested interest. That's why the clubs who are in mid table with no hope of promotion or fear of relegation have the most balanced opinion.
Top

The suggestion for the Championship and teams to be promoted was they would still be promoted, and the next PL season would have the extra teams. I'm assuming then an additional three relegated the year after.
Top

I thought the PL had said no to that. Cos money.
Top

Anybody here care about Bundesliga action tomorrow? I think I can get Dortmund here on TV. Since the Germans are the first to return, it will be interesting to see how it pans out.
Top

Thought you'd be all about the K-League

Are sex doll’s always discriminated against like this in the world of human simulacrums?

WacoRover wrote: ↑
Sat May 16, 2020 2:00 am
Anybody here care about Bundesliga action tomorrow? I think I can get Dortmund here on TV. Since the Germans are the first to return, it will be interesting to see how it pans out.

I saw Leipzig v Freiberg during the first week and ended up 'watching' (though admittedly it was more on in the background) Freiberg again yesterday.
I was a bit curious to see what the intensity of the game and atmosphere was like and whether they would play 'crowd noises' etc.
Needless to say. The novelty has already worn off. I just can't get into it.

I much prefer watching old highlights of classic games. Coventry v Spurs 1987 FA Cup Final and Liverpool losing the title at home to Arsenal in 1989 were both great.
Football seemed a lot more exciting back then - even though they still had the back-pass rule, not many squares balls and boring possession based football. In the title decider John Barnes actually had possession of the ball in injury time and instead of going into the corner he ended up trying to get in the penalty area, got dispossessed and the rest is history as they say.

I'm avoiding watching any of the England International stuff (Euro 96 etc.) as it's all depressing disaster type stuff. I would watch a replay of the 1966 World Cup though as I've never seen it.
Top